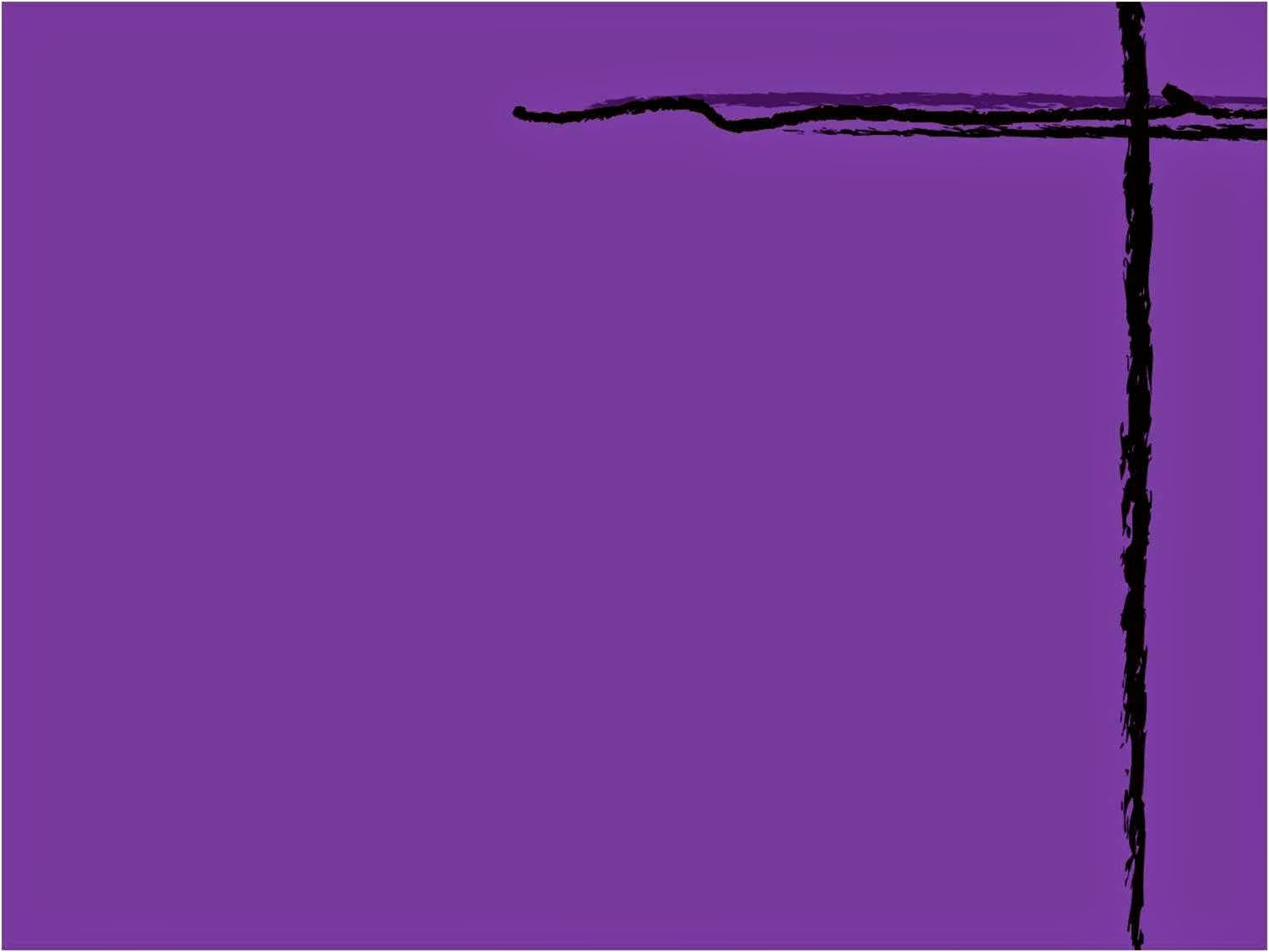 As all of you know, Lent begins tomorrow on Ash Wednesday. Let's tackle some of the common questions folks have about Lent and Ash Wednesday:

What is Lent?
Lent is a time when all throughout the Church prepare to celebrate Easter through penance, prayer, fasting and alms-giving. Traditionally, the season of Lent lasts forty days (not counting the Sundays of Lent), from Ash Wednesday until the Easter Vigil (the night before Easter Sunday). The word Lent is from an Anglo-Saxon word lencten, which means "spring." Observance of Lent can be traced to the earliest days of the Church, when Christians willingly joined catechumens (those seeking baptism) in a period of intense preparatory prayer and fasting in the weeks before their baptisms, which were performed during the Easter Vigil, in the pre-dawn hours of Easter Sunday.

What is the point of Lent? Is it biblical?
The point of Lent is that it is a time of prayerful reflection and conversion (turning away from sin and back to God). In imitation of our Lord Jesus Christ, who spent forty days fasting and praying in the wilderness before beginning His public ministry (see the gospels of Matthew, Mark and Luke), we spend the forty days before our annual celebration of the Lord's Resurrection (i.e. Easter) in fasting, prayer and sacrifice. The number 40 is important in the Bible because it symbolizes preparation and renewal. For example, Noah spent forty days and forty nights in the ark (Genesis 7:4, 12, 17; 8:6) and Moses spent forty days and forty nights on Mount Sinai when receiving the Law from God (Exodus 24:18; Deuteronomy 10:10).

Do I have to "give something up" during Lent?
It seems that everybody - even those who know the least about Catholic Christianity - knows that Catholics traditionally give something up during Lent. In fact, it becomes a ridiculously common question for Catholics to ask one another "what did you give up?" during this season. Truth is, you are not required to give up something for Lent. What you are required to do, is to do penitential acts - making temporary sacrifices in an effort to draw closer to God. For many people, they may willingly give up something that they enjoy as a penance during Lent. This is certainly a good practice. For others, however, they may choose to do penance by setting their alarm extra early to get up and pray every morning, or by setting aside extra money each week for the poor or the Church. If you haven't decided what to do on this front, might I suggest that you pray and ask God what penance(s) He would have you do during Lent?

What about meatless Fridays?
You have a lot of leeway on your personal disciplines during Lent, but Fridays, however, are a different story. Whether you realize it or not, every Friday of the year is supposed to be a day of penance for Catholics, so Lent isn't all that different. Yep - that's not just a "pre-Vatican II" thing - current church discipline actually requires that on every Friday of the year, according to canon law and in recognition of Christ's sacrifice on the cross, you should either refrain from eating meat or do some other penance (such as praying the Stations of the Cross, saying extra prayers, or some other offering). On the Fridays of Lent, however, you don't have a choice: you are obliged to refrain from eating meat. The cool thing about this is that this is a communal discipline: in other words, while abstaining from meat on Fridays may or may not be difficult sacrifice for you, personally, the cool part is that we're joining the worldwide Church in a very ancient Catholic discipline.

Why do we eat fish on Fridays?
You certainly don't have to eat fish on Fridays. You could simply go vegetarian each Friday. But the point is refraining from eating meat. Eating fish is allowed on Fridays because, due to longstanding tradition, fish is not considered meat. The fish is an ancient Christian symbol and eating fish (and other seafood) on Fridays has long been allowed. Of course, if eating seafood is actually a treat for you (and you know who you are!), you might strongly consider skipping proteins altogether on Lenten Fridays. After all, the point of a discipline like this is penance not decadence.

What are "days of fast and abstinence"?
During the Lenten season, we are encouraged to fast, pray and give alms (money to the poor), seeking to amend our Christian lives - the three traditional disciplines of Lent. But on two days in particular, the Church requires that we all fast and avoid meat. They are: Ash Wednesday and Good Friday. On these days, Catholics should fast (eating only one small meal, if needed). If they do eat a small meal, it should be meatless. 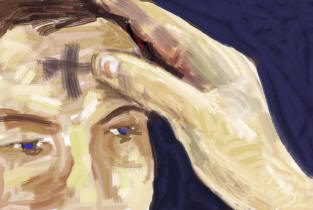 What is Ash Wednesday?

Ash Wednesday is the first day of Lent. It is called this because we are marked with ashes as a sign of mourning for our sins and repentance. (Where did such an idea come from? See Daniel 9:3 where the author proclaims "I turned to the Lord God, pleading in earnest prayer, with fasting, sackcloth, and ashes.") On Ash Wednesday, Catholics are expected to fast and to abstain from eating meat.

As mentioned above, Ash Wednesday is "a day of fast and abstinence", which means that adult Catholics should fast for the day, although eating one small, meatless meal is acceptable if needed to maintain strength.

Lenten calendar from the US Catholic bishops

Increased Prayer:
- Wake up 20 minutes early and start the day in prayer.
- Daily Mass 1-2 times a week.
- Spend an hour in prayer in front of the Blessed Sacrament each week.
- Go to Confession.
- Read Scripture daily.
- Start a Lenten Bible study group with your friends.
- Start to pray a daily Rosary.
- Pray the Liturgy of the Hours.
- Pray the Chaplet of Divine Mercy each day.
- Pray the Stations of the Cross on Fridays.
- Pray for your enemies.
- Watch The Passion of the Christ and then meditate on Christ's sacrifice.
- Read about the life of a saint.
- Get involved with the parish if you haven't already.
- Memorize Scripture verses.
- Read a book on Catholic spirituality.

Increased Almsgiving:
- When you fast from a meal, give the money you would have spent to the poor.
- Use a coin box during Lent to collect your loose change each day and give it to the poor.
- Volunteer with a local food bank, Save-a-Life, or More Than a Meal.
- Spend more time with your parents.
- Visit residents of a retirement community (such as Emeritus, or the State Veterans Home).
- Start tithing each week (i.e. giving 10% of your weekly income to the Church and/or to a charity).
- Make a financial pledge to a worthy, charitable cause.
- Forgive an old grudge.
- Invite someone to attend Mass with you.
- Share your faith with someone.
- Give someone a Catholic tract, CD or DVD.
- Exercise patience and love.
- Speak in a pleasant tone to everyone.
- Look for extra ways to help others.
- Go out of your way to talk to someone who is shy or difficult.
- Offer to watch a mother's child(ren).
- Drive with love and care.
- Write a letter to a relative you haven't seen in a while. 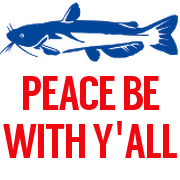